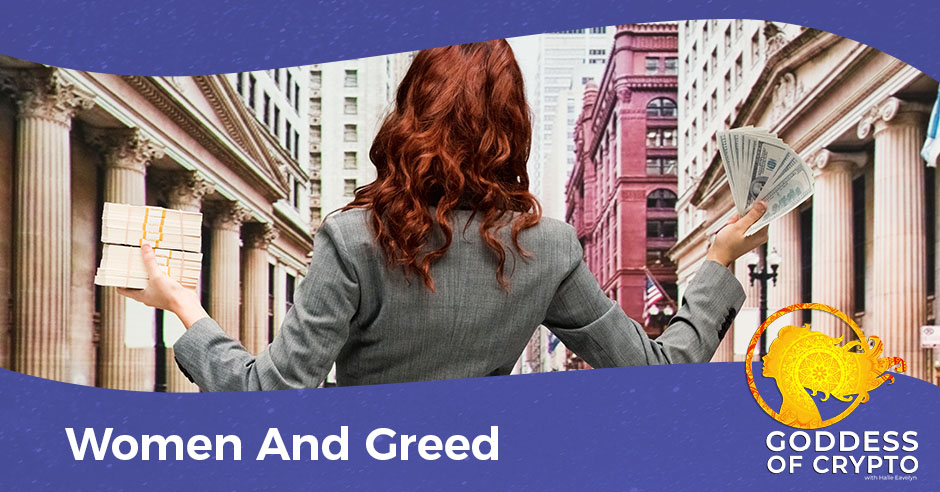 In this episode, Halle Eavelyn, shares a profound discussion on women and greed. In this episode, she describes the difference between men and women when possessed with wealth. Sharing resources is what the world is missing because men are more focused on multiplying most of their wealth while women, historically, were deprived of money to share with the world. Halle highlights that sharing allows you to empower others too. Tune in!

This is the episode about greed, part two. Last time, I talked about the greed of our culture and world, and that the Dalai Lama had charged us, women, “The world will be saved by Western women,” he said. I have come to believe that he did not mean Western women. He meant actual you and me.

I want to talk about this from the standpoint of how men and women are different, and how important that is. I talked very early in one of the episodes about the idea that when a man brings in a dollar, he will go into his what I call a village, which means the local community or his family, with $0.30 to $0.40 of that dollar. That would be spent on his local village. With a woman, the number is $0.80 to $0.90, being spent in the local community or on the family.

I do not believe that it was a woman who coined the phrase, “He who dies with the most toys wins.” I’m going to make some generalizations in this episode. I know this may not be true of you or the men in your life. For the most part, men, in general, see money very differently than women. I had a woman on several episodes back who runs a crypto group for women. Jules said during this episode that when the women are asked what they’re going to do with their money, it’s when college education and family vacation. When the men are asked, it’s when Lambo. This is when your crypto ship comes in or when your bags moon, as they say.

I want to point out this distinction between when Lambo and when college education is everything because when a woman is faced with having a lot of money, the woman is not usually thinking, “Where can I get more? When can I get more? How much more can I get?” She’s thinking, “How can I share this wealth?” That sharing of resources is what is missing from our society and our world because women have historically not had bank accounts and money to share with the world.

According to one of the big investment houses, I think it was Fidelity, they’ve now said that women millionaires have doubled, 20% of the accounts that they were holding in this company will contain more than $1 million in it and belong to women as opposed to many years ago when it was 10% of the accounts.

According to them, and that’s a big enough company that ends up being data, we could say that female millionaires, at least in America, have doubled. What happens when a woman gets a lot of money is she can often be reviled. We look at the Paris Hilton and the Kim Kardashians of the world. We see them making a lot of money, and there’s some concept of like, “She didn’t earn that. Paris Hilton is an heir to her money. The Kardashians are earning money off of their looks or their family stuff.” It’s like, “That gets discounted.” 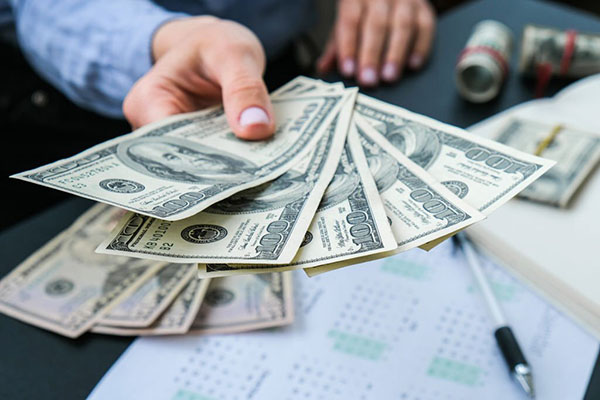 Women And Greed: When a woman gets a lot of money, she can often be reviled.

When a woman also earns that money through what we would consider hard work, then there are a whole other bunch of things that weigh on her heavily, like Gwyneth Paltrow, who is now making a lot of money with her Goop brand. Sara Blakely turned underwear Spanx into a multimillion-dollar organization. I know plenty of women who are millionaires because of them becoming entrepreneurs, but it is a new concept, and there’s still a lot of resentment. It’s what I think of as the bitch effect, that if you have a lot of value and money as a woman because you’re standing in your own power, there is going to be somebody to point out to you that you are crap, there’s something wrong with you, and you need to tone it down.

The woman that I’m thinking of, who’s also a multimillionaire in her own right, is Barbra Streisand. I noted that back when Barbra Streisand was nominated for Best Director with Yentl, which was a wonderful film, it was like, “Nobody did it,” for a woman directing at that time in the ‘80s, and yet everybody said, “She is such a hard ass.” I remember as a teenager hearing that and thinking like, “I didn’t know that about her.” It’s probably no more true than that Anne Boleyn was screwing her brother and had six fingers on one hand. That’s what you do when you want to discredit a woman. You say all the awful things about her, and you can’t cut her head off anymore, but there was a time when you could.

We have been coming from this legacy of women having all of this luck, and now moving into a time when women can and need to control their wealth. I hope that as a woman, you are considering, especially at this particular time, financial advice. Do your own research. We can see that as everything goes into the toilet with stocks and everything else, that crypto is headed in that direction. We love a good sale. Now’s a good time to be getting into the market if you haven’t already because December’s notoriously bad, and things are likely to be bad. When that happens, it’s time to get in.

When that happens, and you’ve already got a portfolio, it’s time to double down, even if it’s not double, but to continue to make those investments to do that dollar cost averaging and put your $50 a week into Bitcoin or whatever. We also have a tendency not to want to show up as greedy, like, “If I do this, will there be enough for everybody else? If I do this, is there enough to go around?” Women show up from a different place most of the time. We show up from that place of thinking in terms of that 80% to 90% of our dollar going back into the local village.

It is vitally important that we have more dollars or more money in whatever your local currency is to put into our village because the men aren’t doing it. They’re doing it at the rate of somewhere between 1/2 and a 1/3 of what we’re doing, and that is a statistic. Where are you making sure that you are doing your piece to help share the wealth with everybody? It starts with claiming wealth for yourself and understanding that wealth doesn’t belong to you. It must belong to you in order for it to be distributed fairly into the local community, the family and your village.

We have a long history of not having money belong to us. That has limited us over the years, but it’s also been the thing that has made us not greedy because we haven’t had it. When we had it, instead of hoarding it, we shared it with others. These are generalizations that I’m making. Are there greedy women? Yes. Are there women who have an absolute excess of whatever it is that they desire more than they can possibly ever share or spend like with men? Absolutely. Is that okay? Sure, it is because, at the highest level, money is just energy, and our energy is unlimited.

When you’re in that scarcity mentality of, “I only have this much. I only have this little thing, and therefore I have to hoard it,” you’re not helping yourself, but we’re talking about the other end of the spectrum. When you have plenty to share and go around, what are you doing? The answer is I hope that you are sharing it because there is much opportunity you can have to share that with others as you begin to lift yourself up to lift up other women and bring them along with you. I believe that when we sisters in the sisterhood of women share with each other and bring others along, we empower all of us.

She didn’t see it like that. She said, “There’s plenty of business to come around.” When she was starting her business now on a shoestring, she called two of those women and said, “I’m starting my own company.” They said, “Whatever you need, come to my office, and use my staff, whatever I can help you with. If you need somebody to pay for staples, come over and use my stapler,” whatever was needed because she had been there for them when they had nothing, then they were there for her as she was starting over.

It was beautiful to watch, but it’s a lesson that many of us don’t have because few of us women have had a chance to be in a place where we could support, help and lift each other financially. That’s a beautiful thing to get to see. I want to encourage you to do and be more of that. Maybe you don’t have all the money in the world. That’s okay. What can you do? Where can you give a little bit of your time or your money to help empower other women?

Something that you might want to consider is microloans. I have done microloans in the past. They are usually below $500. I’ve seen microloans are like $50 or $100. When you take that into a foreign country where women are earning a few hundred dollars a year, it’s a tremendous amount of money. They tend to repay it at over 80% to 90%. It’s the same statistic as with their distributing into the village. That’s interesting. The repayment rates are very high with these microloans. What happens is the woman is starting a business in her village until that business becomes sustainable.

It’s a way to support women. I charge all of us, you and me, with this, especially at a time now when the holidays are coming around. There’s such a chance for us to help others, even if it’s in a very little way. Remember that money is circulation. As it comes goes out, it comes back in. As it goes out, it flows back in. When we block that circulation by saying like, “There’s a recession. The sky is falling. Bad things are happening,” we are literally blocking our flow at that moment. When we stop it from going out, it’s harder for it to come back in. That’s mindset coaching 101 right there.

However, it always bears repeating, especially when the news media is telling us that terrible bad things are going to happen in the coming. Opening our hands at this time instead of clenching them is something that will serve us all and serve the world. I hope you have enjoyed this episode. Please like, review, comment on it, and share it with your mothers, daughters, friends, besties, girlfriends, wives, and every woman you know. I want every woman to know that the future of finance is female. I’ll see you next episode.