The four most dangerous words in the English language 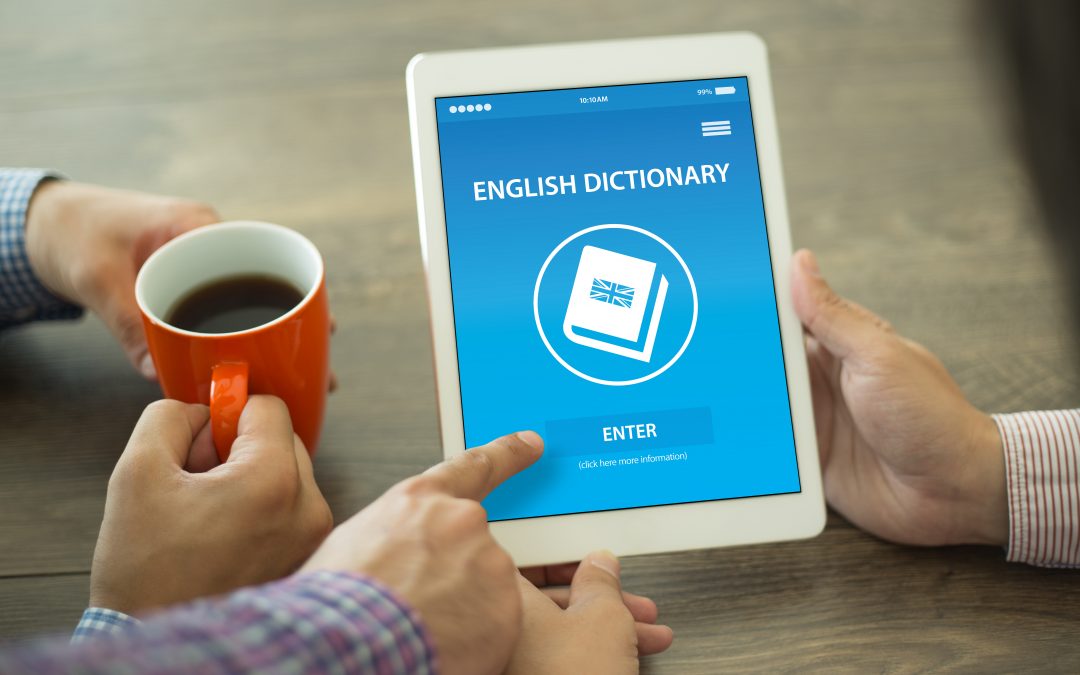 Let’s start with an idea which may either be something you are already familiar with or else blow the roof off your mind: everything you do or have or are was first a thought. That doesn’t mean everything you think will become something (THANK GODDESS, because otherwise “hope the plane doesn’t crash” would mean that every flight would go down, which would suck because I’m writing this aboard a lovely aircraft).  It does mean that your thoughts, focused and directed into action, will become your reality.

Yes, it ALWAYS works like this. Quick examples (and then onto our treacherous four words): The phone or computer you are reading this on was first a thought.  So was the idea of a computer, this blog post, and the cup from which you drink your morning coffee.  Someone had to say, “Hey, let’s stop drinking out of these hollowed-out gourds, mix water and some of that ground-up clay over there, and see if we can put a handle on these things while we are at it!” You were first an idea before you became a reality, even if that idea was, “Gee, I hope I don’t get pregnant.” Then your habits and behaviors started as ideas that you decided were the ones you were buying into.  Because let’s face it, if you thought that “you have to work hard to make money” was dumb and useless, you’d have ignored it instead of letting it into run rampant all over your life.

This brings us to the four most dangerous words in the English language.  The first two are perhaps well known to you: I KNOW.  Or “I know that.”  I had a client once who was utterly uncoachable.  She couldn’t stop the words “I know” from coming out of her mouth every time I attempted to help her.  I did everything I could – she was just more attached to being right than she was to helping herself move on from the agony she claimed she was living.

Here’s the thing: there is a big difference between knowing and KNOWING. The root word know comes from the Greek, gnosis, which the dictionary defines as “knowledge of spiritual mysteries.”  Ask yourself: do I know this intellectually, did someone tell me this and I agreed with it? Or am I certain about it in my bones? Very few things fall into that second category and most of the rest of it is our brains attempting to ensure that the world knows how smart we are.

Whyyyyyy do our brains do this? Because they want us to stay stuck.  Stuck = safe, according to your brain.  And safe is where we don’t have to step out into the danger zone of being seen or being heard in a way where we might shine too brightly and scare everyone around us with our new way of living. Or change.  Our brains are terrified of change (See stuck, above.)

Look at this idea: “Saying ‘I KNOW’ is dangerous”. Now, maybe your brain tells you, “Been there, done that, got the T-shirt.” You are resisting that information because you DO know it… intellectually. Yet if you really knew it, you would be on your way to eliminating those two words from your vocabulary so you could enjoy all the learning and the growing that you would get without that resistance. You have actually thrown up a barrier that “protects” you from doing the thing that would help.

This brings us to the second two most dangerous words in the English language.

I hear this next type of claim from clients all the time, too: “I want to change, I don’t want to act like I know everything any more when I don’t. But how?”

And there they are: BUT HOW?

A few years ago, I began to see BUT as a STOP word, one that stops the flow.  Watch for it in your own language, because it signals the beginning of the reason the thing you want cannot be.  It tells you that you are not getting that thing, that knowledge, that result, that you so desperately desire.  Do your best to go an entire day without saying the word BUT and see what happens. Want to do something even more fun? Replace it with AND.  As in, “Curiosity killed the cat AND satisfaction brought it back.” In an argument, instead of saying BUT, when you say AND, it’s like you’re adding to the conversation instead of (literally) rebutting. “You’re nice sometimes AND I’m sick of you treating me badly.”

When you add the word HOW to the word BUT, you have a lethal combination, designed to ensure both a stop and then no learning after that. You’re basically throwing in the towel with those two words. The truth is, though you may not know how, all the way to the finish line – you do have an at least an inkling of what your first step might be.

The next time you hear yourself wailing BUT HOW, ask this question instead about your goal or desire: What’s one small step I can take? Then listen for the answer.  If you don’t hear it immediately (you will be pleasantly surprised at how often you do), wait a few minutes and then focus on that desire.  With the desire in mind, ask again: What’s one small step I can take?

The truth is, you don’t need to know the whole shining road to your goal, all mapped out and well-lit before you step onto the path.  In fact, you can’t.  If your desire is big enough, you haven’t grown into it yet.  As you take step after step, asking that same question each time, the path will unfold and you will soon feel like miracles are taking place in your life.

So what happens when you focus on that desire, and, instead of hearing your one small step, you hear the twelve reasons it’s not gonna happen?

It’s time to get your brain on board the cruise ship that you are creating of your life.  An easy solution is coming up! First, a word about Bumper Sticker Philosophy…

Bumper Sticker Philosophy is simple because it’s true and easy to remember.  “Let it go,” “Life begins at the end of your comfort zone,” etc. Don’t worry about the fact that it’s too easy – it just means you’ll be able to remember it in a crisis and pull it out of your Big Brain on command, as opposed to attempting to remember the order of a bunch of complicated steps you were supposed to perform.  Okay, so here’s your Bumper Sticker Philosophy solution:

Just say, “Thank you for sharing” and keep going.

“Thank you for sharing” is one of the most powerful phrases I give my clients. Though it’s amazingly simple, don’t let that fool you.  If simple and easy were the same thing, you’d already have everything you wanted because you would be out of your own way and allowing it in. When you say “Thank you for sharing,” your brain can suddenly feel heard — which it has likely not before, perhaps EVER, since you (like almost all people) are probably resisting change as much as possible.

When you hear yourself say, I KNOW, or BUT HOW, you have two choices now: you can keep going the way you have been, safe and stuck, or you can tell your brain “thank you for sharing” and rock on with your powerful self.

Oh, and the fifth most dangerous word? TRY.  As in, “I’ll try to remember not to say, ‘I know.’” Try has the energy of failure wrapped around it like a floor-length cape.  As Yoda said, “There is no try, there is only do.”

Now go DO and be open to the how showing up for you in unexpected and wonderful ways.