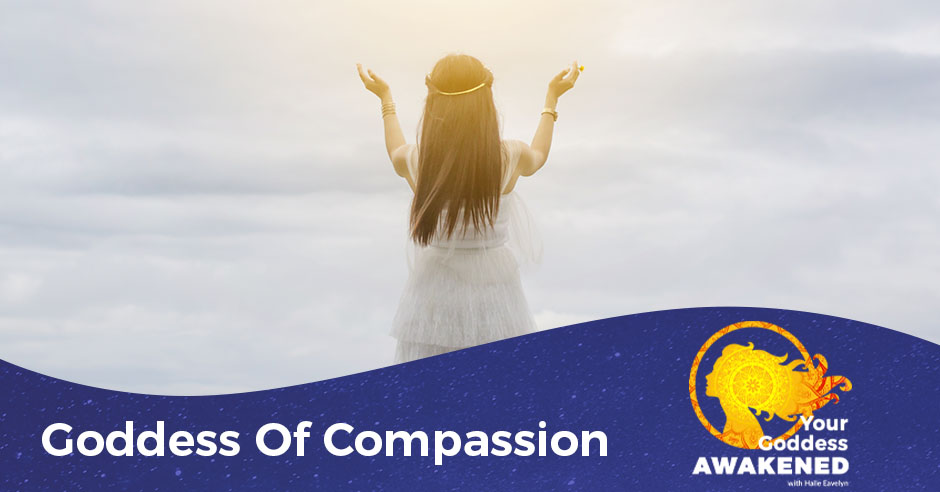 Do you judge yourself as a failure? Then you need to recognize the Goddess of Compassion within you. One powerful strategy to slay your inner critic is to tell your brain “thank you for sharing.” When you do this, you quiet your brain enough to reframe a negative thought. Listen to this episode to discover more ways on how to unleash your Goddess of Compassion!

We are talking about the Goddess of Compassion. Let me back up and let me explain the idea of this Goddess Series. There is no official Goddess of Compassion nor is there an official Goddess of Money, Goddess of Joy or Goddess of any of the other stuff that I’m going to be talking to you about when I bring up these goddesses. Rather, there’s this part of you that is the goddess part. This entire show is about your goddess and the part of you that is the goddess within, the higher self, that already has the things that you desire, and is every possibility realized and manifested.

How does this happen? Is it going to happen accidentally? It isn’t. Everything in Universal Law, first of all, is true. Let’s talk about Universal Law. I feel like this is going to be important. Universal Law says that if you believe it or not, it’s still true. It is the law. One of my favorite t-shirts was, “Gravity. It’s not just a good idea, it’s the law.” I always thought that was hilarious. However, it’s true for all of the Universal Laws. They’re not true if you want to believe them. They are plain true like Math. The Law of Attraction, the one that everybody always talked about in The Secret and everything, says that you’re going to get whatever you ask for, but not just whatever you ask for like, “I wish I had a pony.” In other words, whatever vibration you send out, that’s what the universe is sending back. 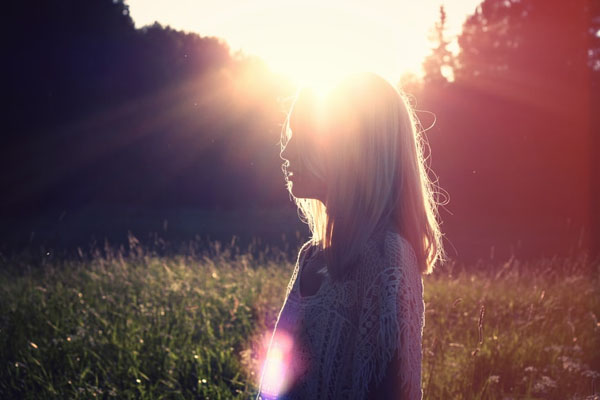 Goddess Of Compassion: The Goddess of Compassion is that part inside of you that says you’re willing to support yourself.

We have this tendency to not believe that part of it and to go, “I asked for it and it didn’t show up.” Instead, what happens is you asked for it and you didn’t get it because you also then asked for it not to come by the way that you then talk to yourself after that like, “I would love a million dollars but here are the seventeen I can’t have them.” It’s the seventeen reasons I can’t have them part of that thought, which is in essence according to the universe, a desire that you have expressed that is causing the money that you also asked for not to show up.

That’s true of all of the Universal Laws. I know of twelve at least, but there may be more than that. The Universal Laws says that whatever you show and manifest is showing up because of Universal Law. The way that you interacted with it is what caused it to come or not to come, whatever those things are. The idea behind the goddesses is that there are these parts of you that understand Universal Law, and when I say the goddesses, I mean my goddesses that caused me to create the show, not the goddesses like Kali, Guanyin, or Hathor. We’ll talk about those in other episodes, but now I’m talking about the goddess parts of you, the ones that live inside of you.

There are these pieces of you that understand Universal Law perfectly and where you already have all that you desire and all that you called in. When I have a show that’s called the Goddess of whatever, what I’m doing is I’m helping you, by reading, it’s the first step to helping you align with what is possible for you. My whole work in the world is to help women wake up and amplify their voices. I was interviewed by somebody and I sat on her Facebook Live. We’re the first generation of women that have a lot of choices. In our mothers’ lifetime, they were told that they couldn’t own a bank account without their husbands or their fathers co-signing. You may be like, “That’s crazy.” I would agree with you when I first heard of that. I was like, “That’s ridiculous.” It was true until 1971. Chances are, unless you’re very young reading this episode, your mother, that was true for her as she was growing up. What do you think that did as far as how it informed her?

Let’s talk about the Goddess of Compassion because that is what the core of this episode is about. The Goddess of Compassion is that part of you that is kind to yourself, believes in yourself, and knows that you will already get the things that you desire at some point in time, even if you don’t have them already. She doesn’t judge you and tell you how wrong and what a failure you are. The first helpful thing is to go to my website immediately, HalleMindset.com. There’s this beautiful freebie on there called 3 Keys to Slay Your Inner Critic, and you need it. If you have that voice inside of you, the Goddess of Compassion can’t even get through because you’re so busy telling yourself how wrong you are. 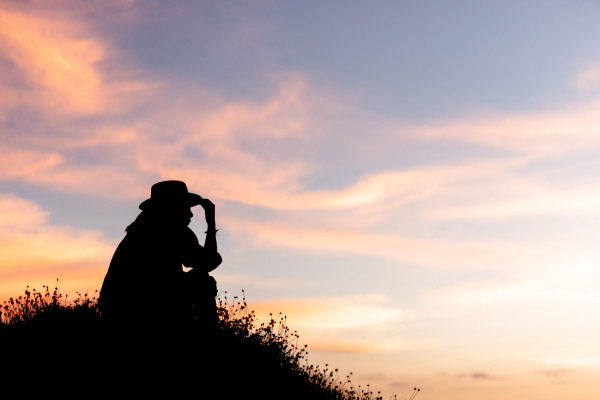 Goddess Of Compassion: There is nothing you have done in this world that’s not forgivable.

Because what you resist, persists, your brain can say, “She’s not resisting me. I can go ahead and go onto the next thing,” and then your brain can be quiet, which is super wonderful because the good stuff can get in. You’ll stop telling yourself the wrong thing that you’ve been telling yourself, what I call the ugly lie. Start telling yourself instead the beautiful lie and that starts with, “Thank you for sharing.” When you say, “Thank you for sharing,” it will quiet your brain enough for you to reframe that thought, which is how the beautiful lie gets in instead of the ugly one. That is a way of living inside of the Goddess of Compassion. She wants to help. She’s there for you all the time. She wants to kiss your boo-boos, bandage your scraped knee, and cradle you in her arms and tell you that you are her beloved always, you deserve nothing but love, and you couldn’t make a mistake big enough not to be forgiven.

Yet, we will tell ourselves the exact opposite of that because we believe that it isn’t true. Life will have shown up in the past to tell us that it isn’t true. We will have gotten that idea in our heads, and then we will continue to perpetuate it. It will have become a pattern, and then it will become the way that we show up in the world. It will be empirically true for us until we die. Do you want that? I don’t want that for you. How could that be different? Start reframing it and realizing that you have this Goddess of Compassion inside of you.

Download 3 Keys to Slay Your Inner Critic off of HalleMindset.com, so you can stop telling yourself those stories. You can undo a world of hurt in a very short period of time. Reverend Michael Beckwith, who’s one of the teachers of The Secret and who I’ve talked about in the past because he was my minister at Agape International Spiritual Center in LA for several years. He always uses that Bible quote that you can take back the years that the locusts have eaten. I love that. You’ve probably read about it on another episode already. You can undo the whole lifetime of hurt in record time. The first way to do that is to experience the Goddess of Compassion for yourself.

A big part of this is forgiveness. I’m going to tell you what your Goddess of Compassion is telling me and that is there is no mistake big that you cannot come back from it. There is nothing that you have done in this world that is not forgivable and so big that you can’t recover from it. However, you can delay how long that recovery takes. You can tell yourself the story of how wrong you are for the rest of your life and then when you’re dead, you will be in a space finally where you were able to see that you were trapping yourself in prison. Would you like to wait until then? I don’t need you to wait until that long.

Your higher self, the soul part of you, the people that you wronged, and the things that you did that you feel are not recoverable from don’t need you to wait. You need to start by not telling that story, not making yourself wrong anymore, and not telling yourself that what you did is unforgivable. I work with women all the time who will tell me, “I did this thing so bad that I can never recover from it. I did this thing so wrong that I can never forgive myself.” Usually an hour later, they’ve recovered from it or they’ve cleared it already because that’s my work in the world. That’s how I get to show up to help you. 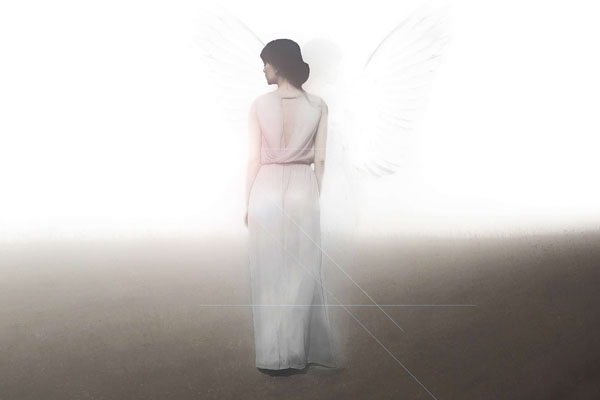 Goddess Of Compassion: Recognize that a Goddess is living inside of you and she wants to help you.

Once every four episodes, I do a full trauma clearing. You’re welcome to go to HalleMindset.com and write a note under the contact us form. That may be the easiest thing to do to have it seen and then you can get invited to be a trauma clearing guest. Once a month, I do these trauma clearings. Why do I do that? We tell ourselves the story of what’s not possible and instead, you can come into alignment with what is possible.

Recognize that there is that goddess living inside of you. She wants to help and support you and forgive yourself so that you could move on. The power of knowing that is so amazing. For now, stop telling yourself the lies that you’re not worthy of forgiveness and recovering from your mistakes. Start showing up with that compassion for yourself because the Goddess of Compassion wants nothing less for you than for you to be able to do everything that you came to this planet to do. Until you can take care of those basic needs of having forgiven yourself and given yourself permission to grow, you’re going to stay stuck. Once you do, it changes everything. Ask me how I know.

Amazing blessings and hugs to you for reading, being kind, and knowing the truth about yourself the way that I know the truth about you. It doesn’t matter if we haven’t met. At the highest levels, we are all one. Take my compassion for you and my knowing the truth about you to heart. Please subscribe on YouTube to the show. Look for Your Goddess Awakened and Halle because that way YouTube will be able to find me right away for you. Subscribe to the YouTube show and to the podcast show on your favorite channel. We are on iTunes, Spotify, Stitcher, and everywhere. We’re going to be on Amazon as soon as they approve it. We are everywhere and growing. Subscribe on your favorite channel. If this show has helped you and if this episode has been something that has supported you, share it so that the word can get out and go forth throughout the land and share with so many other women who need these words. Blessings and I’ll see you next time.